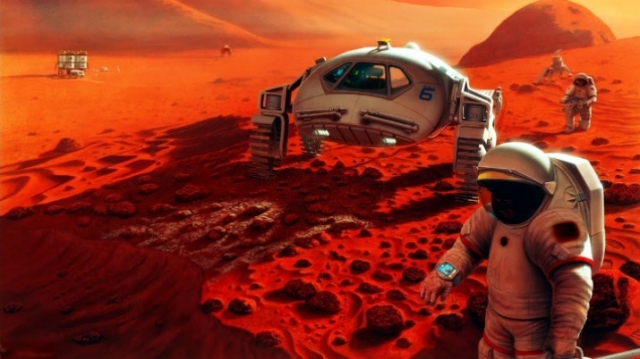 ‘While such a mission might have seemed like a pipe dream undertaken by a government that desperately wants to be involved in the exploration of Mars even a decade ago, the vast progress in civilian space exploration means the project is worth taking seriously. Fresh off the heels of his historic Space-x Falcon Heavy rocket launch last week, Elon Musk can now focus on building out his “Transcontinental Railway” to Mars. On top of his existing pans to create a Martian colony, Musk has announced his space exploration company, SpaceX, also wants to run a regular passenger and cargo shuttle service between Earth and Mars in order to bring goods, supplies, and passengers to and from the Red Planet, creating a solid commercial trade link between the two worlds.’

Please be respectful if you leave a reply. Cancel reply

This site uses Akismet to reduce spam. Learn how your comment data is processed.